7.1 Anatomy of the Auricle

The auricle consisted of an elaborate cartilaginous skeletal structure that is covered by a cutaneous investor, which conforms to its shape.
The convex and concave elements of the cartilaginous framework are responsible for the configuration of the auricle and correspond to the landmarks of the auricle (Fig. 7.1). 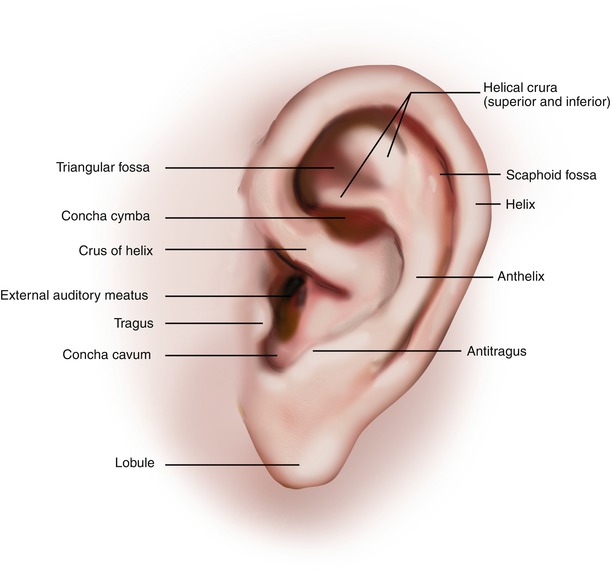 The skin that covers the auricle is very thin with minimal subcutaneous tissue. It attaches to the underlying cartilage and exhibits surgically important differences between the lateral and cranial (medial) surfaces of the auricle. The skin of the lateral surface firmly adheres to the perichondrium with reduced mobility, and the subcutaneous tissue is scant (Fig. 7.2). The attachment of the skin to the cartilage increases as it passes across the concha to continue into the external auditory meatus. 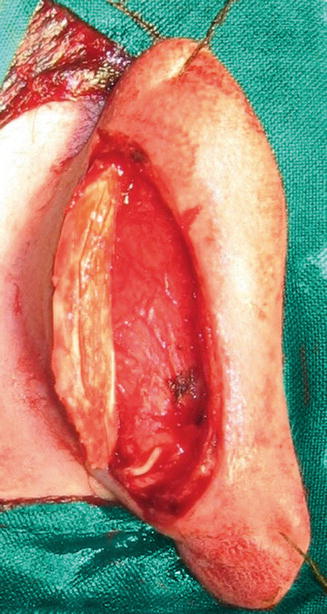 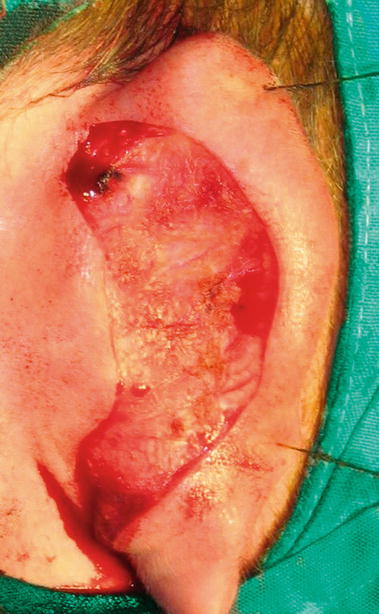 At the medial surface of the auricle, the skin is thicker and more subcutaneous tissue is present

The musculature of the external ear includes extrinsic and intrinsic muscles. The extrinsic muscles are three very thin fans of muscle fibers that form the auricularis anterior, auricularis superior, and auricularis posterior muscles (Fig. 7.4). They are encompassed by the temporoparietal fascia and connect the auricle to the scalp and the skull (see Chap. 2). The anterior and posterior ligaments reinforce the attachment of the external ear to the skull. 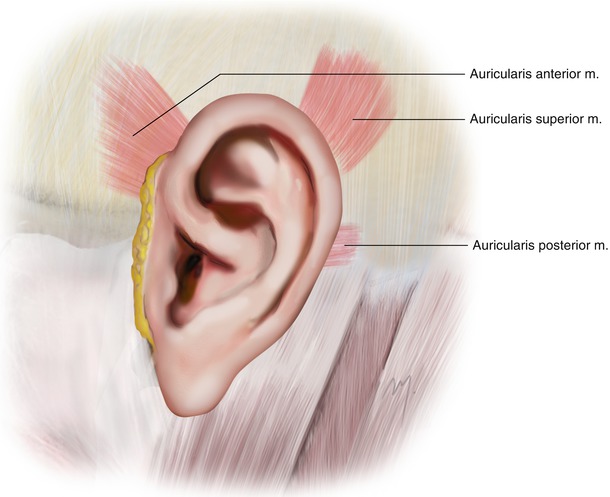 Extrinsic auricular muscles
The intrinsic muscle group includes the helicis major, helicis minor, tragicus, antitragicus, transversus auriculae, and obliquus auricular muscles. These muscles are highly variable and often underdeveloped. Seldomly, they can be seen grossly as very thin and scattered muscle fibers. All of these muscles are innervated by the temporal and the posterior auricular branches of the facial nerve. 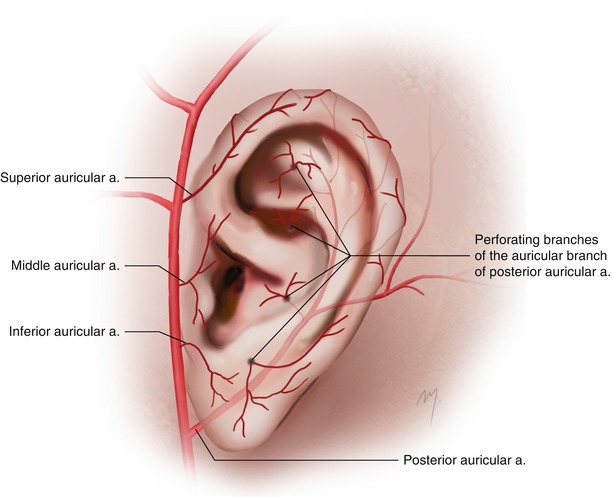 The auricle is innervated from the great auricular nerve, the lesser occipital nerve, and the auriculotemporal nerve (Fig. 7.6). 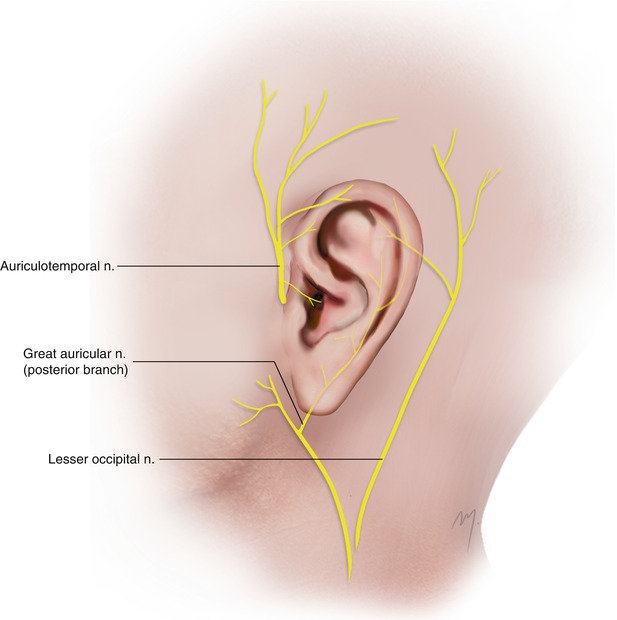 Sensory innervation of the auricle
Only gold members can continue reading. Log In or Register to continue