Indications: The turbinates should be examined at the time of the initial examination and then at each subsequent visit in addition to the day of surgery to note any changes in size and character. The three paired turbinates regulate flow (primarily the inferior) and humidify (primarily the middle) air within the nose (Figures 31-1 and 31-2). The meatuses that open near the turbinates drain the paranasal sinuses. Hypertrophy of the turbinates may interfere with normal nasal respiration. Chronic irritation and swelling acts in the nose as it does elsewhere in the body. A pattern of edema formation, gland enlargement, and fibrosis leads to hypertrophy of the underlying bone. The lifetime risk of eventual turbinate dysfunction approaches 100% as a person ages, whereas progression to persistent bothersome dysfunction is estimated to be 50%.1 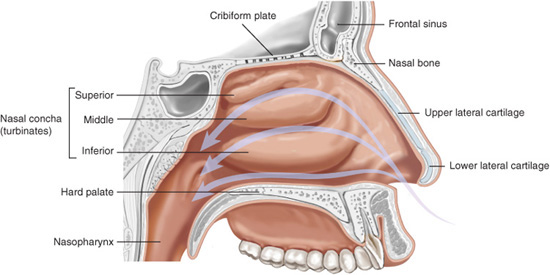 Figure 31-1. Pattern of nasal airflow across the turbinates. 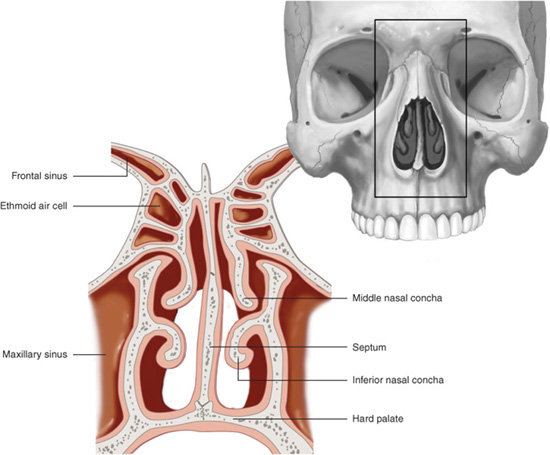 Figure 31-2. Cross-section through the nasal cavity highlighting the positions of the turbinates.

Etiologies of turbinate dysfunction are broad and numerous, including infections, allergies, and/or medications. Management is appropriate when clinical manifestations of turbinate pathology exist. A trial of medical management with steroid and/or antihistamine nasal sprays is a reasonable initial step and should be questioned. Often, this approach is successful for a finite period of time but then is less successful. In the instance of medication failure or contraindication, inferior turbinectomy for persistent hypertrophy of bone, mucosa, or both may be indicated. In the patient with concomitant septal deviation, replacing the septum in the midline where it now abuts a hypertrophied turbinate, may produce obstruction that was either present only on the contralateral side or nonexistent. The hypertrophy itself may also interfere with septal repositioning. Preoperatively, examination of the turbinates, especially the inferior turbinate, which is the easiest to visualize, should be performed with a nasal speculum and an adequate light source. Evidence of excessive hypertrophy should be documented.